Los Angeles, CA, December, 2012- As 2012 comes to an end, many people can create a timeline in their mind full of memorable moments. When we look back, most of these moments are associated with particular artists and songs. Celebrity DJ, DJ V.I.P makes it convenient for everyone to have all of their favorite rap, trap, and hip hop music from the past year on one disc by bringing you the 2012 Wrap Up Mix set to be released on Tuesday, December 25th.

“It’s one of my favorite projects to date,” says V.I.P who has spun for artists including E-40, Nipsey Hussle, Too Short, and more. Whether you were pulling up to the scene with your ceiling missing, throwing bands to make her dance, or just out there trying to function, you were somewhere where the hits on this mix tape made everlasting impressions on you. Crowd pleasers such as Kanye West, Big Sean, Tyga, and the always entertaining, 2 Chainz are a few of the names that stood out this year and are definitely featured amongst the 33 of the track list. The 2012 Wrap Up Mix is the perfect playlist for any upcoming New Year’s Eve celebration as it has over 60 minutes of beat knocking, party starting, feel good music from the year. Listeners will be sure to go into 2013 on a positive note as they bring it in with their most memorable and favorite songs. 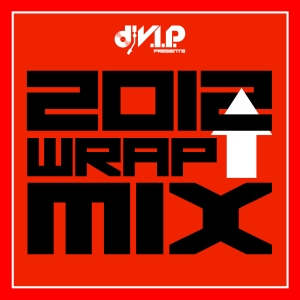